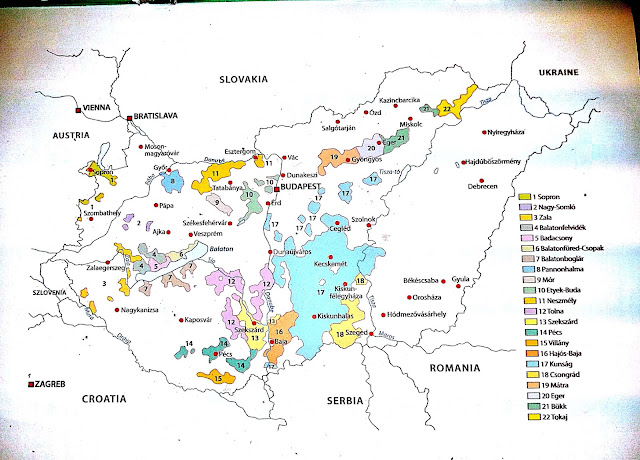 Talks by organized by WINES OF HUNGARY with various experts. These are my notes from two talks, any error is my responsibility only.
Wine industry in Hungary was mainly built to supply the USSR, quality did not matter, only quantity and alcohol content.

Gorbachev's anti-alcohol campaign produced a shift toward more quality and less quantity. This made it possible to develop exports to other, more competitive, markets.

At the same time there was a move from collective farming to private vineyards.

Grand Tokaj biggest firm, still state owned. Was put up for sale but on condition that it preserved jobs and social commitments, no one bought it.

6 main varieties: Furmint is the main, mentioned in 1611.

First mention of wine classification in 1720, first in the WORLD!

Csenyi: was a communist cooperative, still has strong stigma of communist era. Massive scale, quantity over quality, used to "fulfill the plan".

Kovacs Nimrod: Producer migrated to US in 1970s, came back to Hungary after 1989. Opposite to San Andrea, uses modern methods and criteria.

see more on www.carolinegilby.wordpress.com
Posted by Marco Carnovale No comments: