Another interesting master class at the London Wine Fair 2022, this time with Enotria&Coe presenting the products of Thelema Mountain Vineyards of Stellenbosch, South Africa. Our speaker today was Thomas Webb, Director of Thelema.

The family now owns 180 hectares of land and does not plan to increase its size, rather they want to focus on quality. He explained how the origin of their name comes from François Rabelais a monk, doctor and writer in sixteenth-century France who imagined a utopian abbey on the banks of the Loire. In stark contrast to the religious orders of his day, this community admitted both men and women and encouraged them to live together in great luxury. This was the Abbey of Thélème, which ultimately lent its name to our vineyard on the slopes of the Simonsberg Mountain: Thelema. (from their website)

I asked about how the various ethnicities of South Africa are getting involved in the wine industry, but the answer is more than in earlier times but not much. Wine was not part of the traditional culture of the Ndebele, Xosa, Zulu...

They use thermal imaging of the vineyard to monitor maturity and decide when to pick at the exactly perfect moment. Which means picking at different places on different days.

They use screw caps, they believe it will allow for more homogeneous aging in the bottle.

Here is my notes from their best wines tasted today:

Thelema Chardonnay 2011
Pressed in steel tanks and fermented in French oak barrels.
A mature wine, round and complex, with a perfect balance.
Score 93.
Thelema Chardonnay 2018
Still quite fresh and fruity, moderate length.  Definitely needs more time in the bottle.
Score 87.
Thelema Cabernet Sauvignon 2001
De-stalked, manual sorting of berries, crushed in steel then pressed and left for 20 months in French barrels, 50-50 new and old. Incredible fresh for a 21-year-old wine.
Ready now, but can benefit for a longer period in the bottle to round the tannins a bit further.
Score 90
Thelema Cabernet Sauvignon 2018
Incredibly, this is smoother than 2001, ready now.
Score 93.
Thelema Rabelais 2015
Cab sauvignon 80%, petit verdot 15%, merlot 5%.
Perfect marriage of fruit and structure. Excellent balance, length and complexity. Ready now.
Score 95
Thelema Rabelais 2019
Same grapes as 2015 but no merlot. A tad disappointing after tasting the wonderful 2015.
Score 87 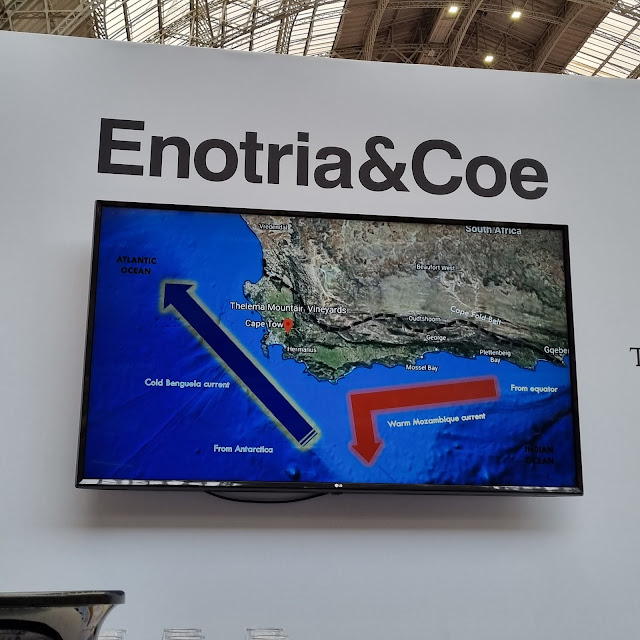